The Tucson Massacre*: Some Thoughts About Blame, Responsibility, and Politics

Very good. I'd like to emphatically agree with you about Giffords and her political evolution. Since she came to Congress in 2007, she's evolved as a public figure. She has more than the necessary energy and enthusiasm to do her job—she's a thinker, and she's self-reflective, and she is willing to reconsider her stances.

I've been watching Giffords since she got elected. At first I was optimistic about her, then disappointed, then impressed. I hope this event doesn't discourage her from returning to Congress. I suspect that considering the kind of person she is, she'll be back, but we'll just have to wait and see. The only kind of politician that's rarer than a reflective politician is a politician who agrees with me 100%. And since there are no examples of the latter, I'm going to have to accept that the best we can hope for is the former. And I'm very glad to see the former in government, whenever they surface.

Nice article, thanks for the information.

This blog is very nice and informative for student who wants to read online. And want Assignment Help Online. And keep continue to sharing this helpful information with us.

On the eve of polls, parties have started a digital media war. With the Election Commission approving 40 short videos, the ruling AIADMK has hit out at the DMK for its failures and misdeeds. The videos also list out the achievement of the AIADMK governments headed by J Jayalalithaa in the past and Edappadi K Palaniswami now. 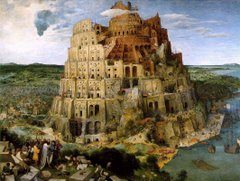